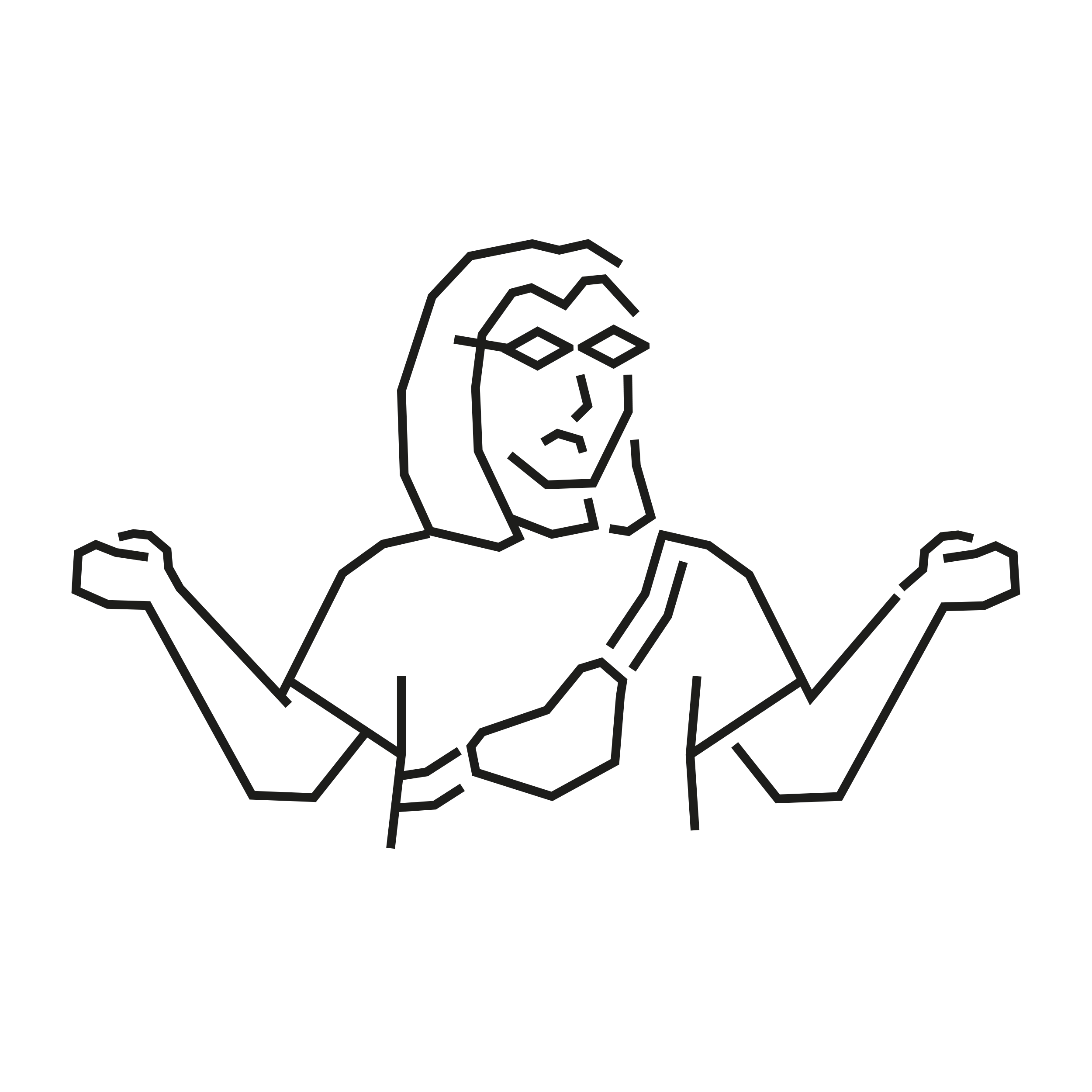 People often ask if there’s a difference between normal keyboards and Apple’s Magic Keyboard. There seems to be a lot of hype behind the release of every new Magic Keyboard, but outsiders to Apple culture might be a bit lost as to what makes these keyboards so special…

Nothing. The answer is ‘nothing’.

As it turns out, Apple’s Magic Keyboard is just catching up to the rest of the industry in a lot of ways. It’s more of a celebration of Apple dropping their stubbornness and adopting non-niche and non-proprietary technology, rather than any real innovation taking place.

So in this article, we’ll talk a little bit about the Magic Keyboard, and why it’s a relief to a subset of fans who just want something that works reliably without any of the weirdness or hassle that they experienced with past Apple keyboards.

Apple fans were pleasantly surprised when the first Magic Keyboard came out in October 2015.First of all, it was lower profile than prior Mac keyboards by a third. That gave it a sleek, thin look- and yet it didn’t seem to be as ‘delicate’ as other thin keyboards. The markings on the keys were in their relatively new San Francisco font. Visually, it was striking.

But most importantly, they ditched the awful butterfly mechanism for the keys. Instead, they re-engineered the scissor mechanism that they were working on, increasing stability and springback. And they managed to achieve a nice balance between feel and ease of actuation. This change won a lot of fans over.

But there were still some issues. The biggest one was the choice of charger: Lightning. Choosing their proprietary connector for this new product was mind boggling, particularly when the April 2015 MacBooks came out with USB-C capability! This should have signaled a change to a universal standard for future peripherals, and the Magic Keyboard could have been one of the first examples of this new direction. Alas, it was not meant to be.

In 2017, a longer version of the Magic Keyboard came out with a Numeric Keypad. It became the standard keyboard bundled with the iMac Pro, and in 2019 a version was bundled with the Mac Pro as well.

So how was it ‘magical’? Well, it wasn’t ergonomic in any meaningful way. It wasn’t raised or contoured for a better typing angle. It wasn’t using a keycap standard that was friendly to artists or innovators. There was nothing particularly special about it when compared to other industry keyboards… in fact, it was rather mundane.

But the branding people at Apple probably decided that the Mundane Keyboard wouldn’t sell as well.

In 2021, Apple got to try to capture the magic once again. In a grand re-release, the second generation Magic Keyboard hit the market.

It had an aluminum casing on the bottom. Oh, and it had asymmetric corner keys… that’s about it for the standard model. Seriously.

There were two upgraded models (one with the keypad extension of course) that included Touch ID sensors. So that was something.

But to give Apple credit, they corrected a great miscarriage of justice: This generation of Magic Keyboards had a USB-C port for pass-through charging. It only took them 6 years to figure that one out. A Lightning to USB cable is included in the box.

I suppose that Touch ID might seem like magic to our primitive, cave dwelling ancestors? But other than that, the Apple Magic Keyboard was pretty much the same level of innovation as your average industry keyboard. No bold steps forward. Nothing mystical about it at all.

What Would Have Been Magical?

Apple is one of the few companies that can produce something serviceable and completely unexceptional, and yet try to pass it off as innovation. Some people will buy the hype, others will just groan. The Magic Keyboard was just another keyboard, pretty standard for the industry at the time.

But that begs the question… what kind of features would have earned the ‘Magic’ moniker?

Speaking of color options, why not standardize the keycaps instead of going proprietary? Going with a replaceable keycap form factor that already had a following would have opened up worlds of creativity (not to mention utility). The world of Apple computing is filled with artists and creators - people who love to express themselves. But the keycaps are bland. Standard. Functional, but boring. There could have been so much magic with replaceable custom keycaps that already had wide community support.

For some high tech magic, a different switch mechanism would have been interesting. Scissor switches are fine… reliable even. But for the second generation of Magic Keyboard, there were a range of low profile mechanical switches that Apple could have gone with, but didn’t.

And if they really wanted to bring the magic, why not opto mechanical switches? Butter-smooth action, super responsive, fast as all heck. Razer was doing it in mid 2018, so it would have been completely reasonable to engineer for a 2021 release. Another opportunity lost; another wisp of magic squandered.

Nothing mentioned here is exactly innovative or new. But these features would have added the function and the fashion that might be worth of the word ‘magic’. Sadly, Apple’s design philosophy over the past ten years hasn’t really measured up. These days, it’s less ‘wow’ and more ‘oh’.

It’s A Kind Of Magic

At least Apple was able to correct some of the more heinous issues with keyboards of the past, which maybe qualifies as a kind of magic in a world where it’s so easy to double down on mistakes. Getting rid of butterfly switches and eventually switching over to USB-C were both great moves. I just wish that they had ditched the ‘safe’ path if they were going to throw around a name like Magic Keyboard. Because you don’t get a second chance to live up to that name. 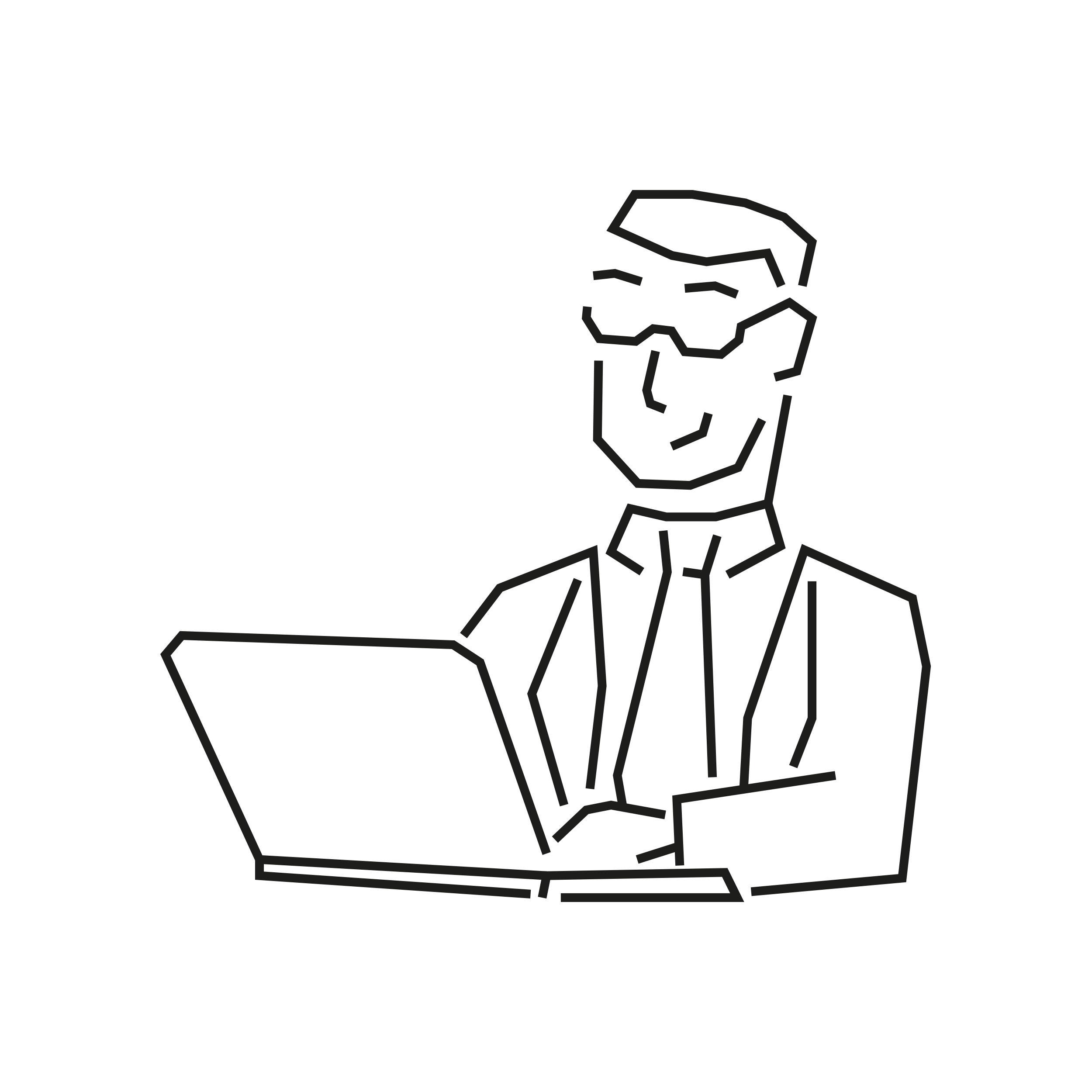 It's time to reveal the master plan

We will be announcing preorders soon, so stay tuned!

Thank you! Your submission has been received!
Oops! Something went wrong while submitting the form.
* By submitting your information, you agree to receive emails from Hakkei Inc. You can opt out at any time.